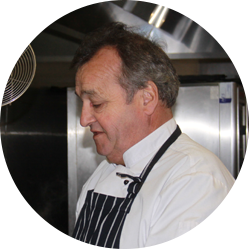 TONY CARTER – executive chef
Masterchef has Matt Preston, Goldilocks had Papa Bear… and we have Tony. He has been cooking for crowds his entire working life. Tony has forgotten more about chefery than the rest of us will ever know (although he never seems to forget his corny one-liners… “Why was the mushroom invited to the party? Because he’s a fun-guy.”) Tony did his apprenticeship in the Australian Army and went on to work with some of Australia’s leading society caterers, which when you think about it was perfect preparation for a venture like this. He founded Wise Choice in 1989, and keeps a hand in the kitchen while casting his vastly experienced eye (and very funny jokes) over proceedings. 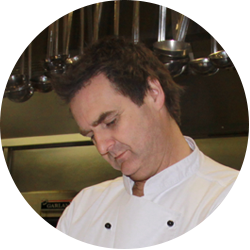 GARY MORGAN – executive chef
Gary thinks big. So we put him in charge of buffets. And raceday catering. He can break down a menu, source the produce and have it on our kitchen benches ready to prepare quicker than you can say “duck breast with pate and macadamia nut ravioli resting  on spinach with julienne of crispy ginger and orange jus” (one of our all-time favourites). Gary’s been part of Wise Choice since the very beginning when Tony taught him everything he knew… or so Gary claims. We give Gary 22 days off a year, all of which strangely seem to coincide with Collingwood match days. If he happens to mention this, try to quickly change the subject. 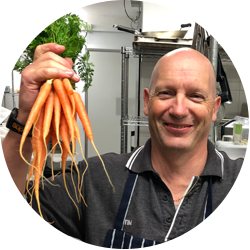 TIM ZOUCH – chef
Tim is one of two “International” Chefs working with Wise Choice. He’s been in catering all of his working life and he is fearless when it comes to preparing for big numbers. “3500 marinated chicken breasts for the Geelong Cup… No worries I’ll have them done in a jiffy!” He loves talking soccer with Jens (he calls it football… Go figure!), especially when the Poms win. When it comes to the Spring carnival and Country Cup time, Tim leads a team of Chefs ensuring everything is ready for the big day. It’s a big Job with lots of responsibility and Tims’ just the man for the occasion. 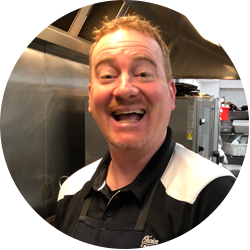 JENS SCHROEDER – chef
Jens hails from Germany so he’s “International” chef number two. Jens learnt his trade in European high-end restaurants so he loves the fine dining stuff.  If a sauce needs to be made then Jens is at the forefront. He loves flavours and working with different ingredients. If it’s a marquee wedding, a reception at Eagle Ridge or a small intimate dinner in a private home, Jens is sure to be there. Oh! He’s also the loudest chef in the kitchen so if you can’t see him you can probably hear him. 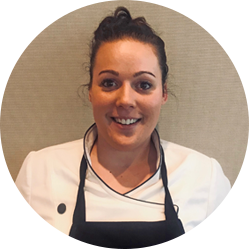 JESS ROPER – chef
Jess did her apprenticeship with Wise Choice before heading out into the big wide world to further her experience. Returning to us in early 2018 she’s introduced a few fresh ideas into our menus. She loves cooking and while she mightn’t be as loud as the boys she more than matches them with her culinary skills. Welcome back Jess. 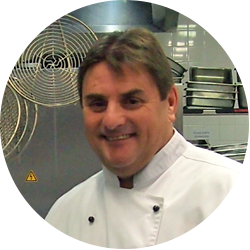 DAVID MORGAN – raconteur
Yes, we know “raconteur” is not an official title but David is our front man, spruiker, chief organiser and general man about town. And – if you can believe this – the person the entire Wise Choice team would most like to see on Masterchef. In fact if you ask David, he’ll assure you that he’s “clearly Australia’s best finishing chef”. After two and a half decades putting on the finishing touches after Tony, Gary, Matt and Bec, he might even be right. If we could just get him to wear a cravat…